Life in a tent (2nd edition) 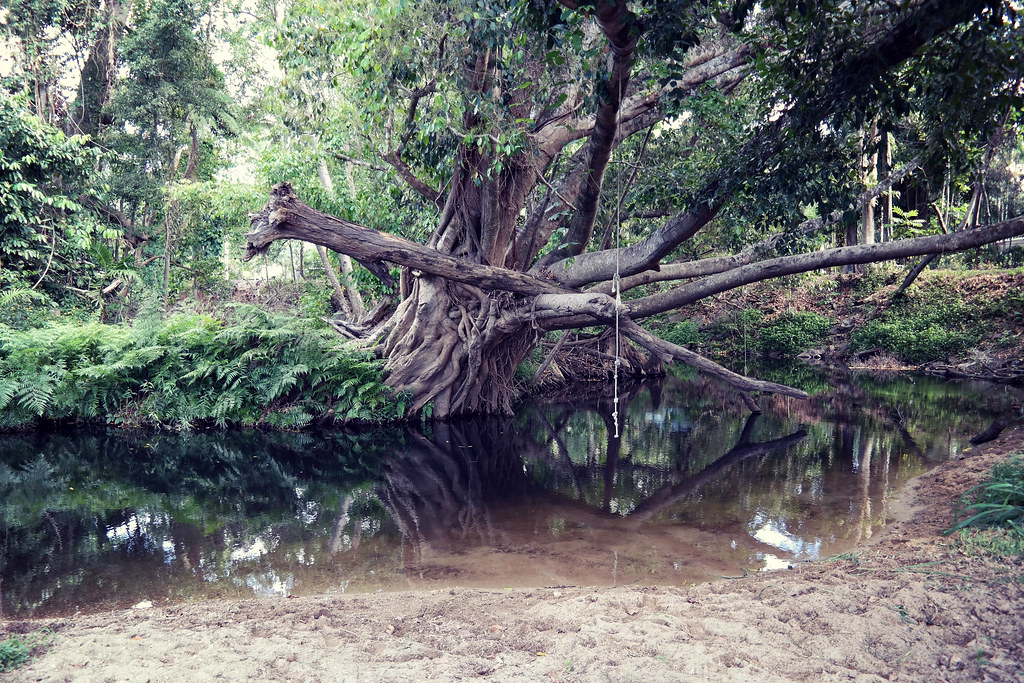 Paradise
4 years ago by Tina Reymann

Judging by my blog, the past year has been pretty uneventful. And travel-wise, it actually has. We bought a camper van with the plan to roam Australia, figured that we’d probably run out of money too soon and went to Sydney instead to get some very well paid jobs for a few months before moving on. Even though I loved the multi-cultural atmosphere, we got fed up with Sydney and the squadron of office-zombies in the CBD pretty quickly. It also had a nasty habit of eating up our money quicker than we could earn it. And it’s just so big! You could drive for two hours in any direction and you still weren’t out of the city. And don’t get me started on the parking situation.

We figured that we needed to get out. I was a few weeks pregnant at that point and I just could not imagine raising a child in Sydney. Cairns it was, back to the tropics, the jungle, the nature. In the meantime, our van had blown its engine though, so escape wasn’t as easy… After several workshops just hanging up on us when we said we needed a replacement engine for a Delica, and one quote of $8k for repair works alone, we found a workshop that would do it for just below $3k. Or so we thought. We cancelled the granny flat we had rented and got ready to move out. But on the promised date, the van still wasn’t repaired and we couldn’t stay in the flat anymore because the next people were already moving in. So we moved into the party-basement of the main house (they even charged us rent for it when we left!) and shared our bed on the floor with the cockroaches. Did I mention that it was a party place? The first weekend night people stomped in, blind drunk among other things. “Duuuuuuude! You’re sleeping down here?! You’re CRAZY!” (Yep, obviously.) They stayed up the whole night talking at a volume more suitable to the dance floor. I had heard those voices a couple of times before in the granny flat and had always thought they were fighting. Apparently not. They kept stomping in and out, one time offering us crack on the way. That explains that, I thought and tried to find my inner happy place whilst listening to another guy peeing in the pool.

We stayed there for two weeks, calling the workshop every few days only to get the reply “just a few more days.” One time they said it was actually ready and Corey got on the train to get it. I was so excited to get out of there! He paid, started driving home… and called me just about half an hour later. The thing had broken down again. We made a tough decision to give up on the van (no money back) and take the plane instead, which meant throwing out most of our stuff because it wouldn’t fit on a plane. Downsizing life once again – is this becoming a yearly ritual? At least we finally made it up to Townsville, stayed with Corey’s family for a few days, bought a new car and went to Cairns. We’ve done it! We escaped the demonic you’ll-never-get-out-of-here trap that Sydney had started to feel like.

So now what? We don’t have regular jobs, there doesn’t seem to be work up here (the only web dev place we found seems to pay less than a Woolworths job) and our savings have been eaten up to next to nothing. Back to the tent! I’ve lived in a tent for two years before in Darwin – including wet seasons and a cyclone for Christmas – so why not again? We’re bootstrapping it. Cheap tent, minimum gear. Not even chairs or a table; squatting is healthier anyways, right? We wanted to be in Cairns, we wanted to be close to nature with a river really close and pay as little as possible while we’re building up some independent income. We’ve got all of that with the tent, including the river right next to it! I’ve even started growing chili, basil and jaboticaba to honour our goal of growing our own foods someday. It doesn’t get much closer to nature than this. As long as Corey, Riot, me and my growing belly fit in here, all is good. And if we're still here when the little tiger arrives, I'll crochet a moses basket. The only annoying thing are the midnight toilet runs to the other end of the caravan park, but I’m sure I can find a (bucket) solution for this problem, too. Hey, I could even have a water birth in the river!